Robert G. Frank, Ph.D., led the college through a period of remarkable growth during his 12-year tenure as dean, with dramatic increases in research funding, student enrollment and degree offerings, and the development of the public health enterprise. He was also the founder and director of the Florida Center for Medicaid and the Uninsured. Frank is a Diplomate in Clinical Psychology through the American Board of Professional Psychology. In addition, he is past president of the American Psychological Association’s Division of Rehabilitation Psychology and is a Fellow in the Divisions of Rehabilitation Psychology and Health Psychology. 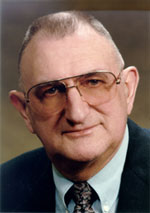 Richard Gutekunst, Ph.D., played an active role in national leadership with the American Society for Allied Health Professions, including the role of president. He was named a Fellow of the society as well as Fellow in the American Academy for Microbiology. Gutekunst also served as president of the Florida Alliance of 100 Plus for Health Care Manpower. Before coming to UF, Gutekunst was dean of the College of Allied Health Professions at the Hahnemann Medical College and Hospital in Philadelphia. The first 25 years of his career were devoted to research in microbiology with the U.S. Navy. 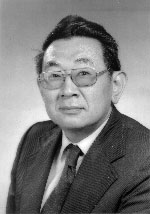 Howard K. Suzuki, Ph.D., contributed substantially to the health professions through leadership at the national level, including the position of chair of the General Research Support Program Committee of the National Institutes of Health. He also aided in the establishment of a national honor society for health professions students and faculty and helped form the Southern Association of Allied Health Deans at Academic Health Centers. Suzuki joined the college in 1970 as a professor and associate dean. He published numerous papers in the fields of anatomy and physiology, particularly on research dealing with hormones and bones. 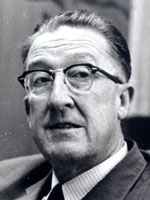 Darrel J. Mase, Ph.D., is considered a pioneer in health professions education and the leader of the first college of its kind in the United States. Mase came to the University of Florida in 1950 as director of the new Florida Center of Clinical Services and later served as a creating consultant for the university’s Health Science Center. He also founded the first camp in the United States for adolescents with speech disorders and he developed a program to train teachers of people with physical disabilities. He was the first president and a founder of the Association of Schools of Allied Health Professions and received the society’s highest award in 1981.