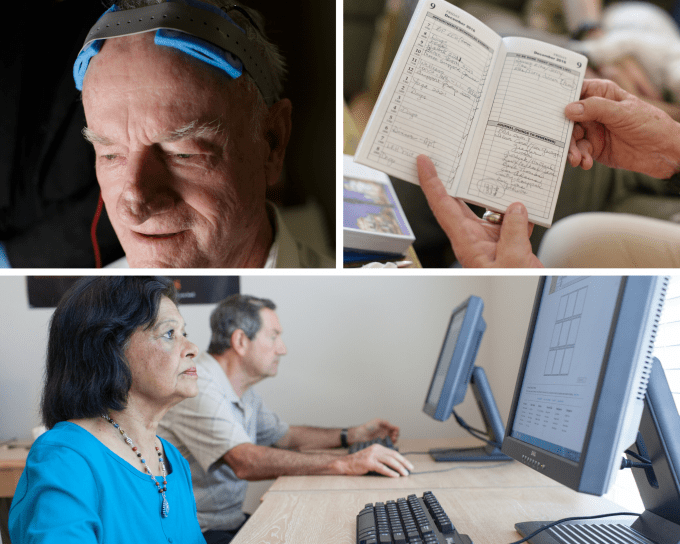 A long-running predoctoral training program in cognitive aging has received a five-year grant renewal from the National Institute on Aging, which will fund the program through its 20th year.

“When we first developed the training program during the early days of the UF Institute on Aging, it was meant as an organizing force to bring the campus together around aging research and training,” said Michael Marsiske, Ph.D., a professor in the department of clinical and health psychology in the UF College of Public Health and Health Professions and a training director since the program was first established in 2003, after being seeded by UF internal support in 2001.

To date, 37 UF students have received specialized training and mentoring through the program and most of the program alumni are now in research and academic careers at universities and health systems.

The grant renewal is accompanied by key enhancements to the program, said Marsiske, a member of UF’s McKnight Brain Institute, Institute on Aging, Center on Cognitive Aging and Memory, and the 1Florida Alzheimer’s Disease Center.

Two leading experts in cognitive aging, Glenn Smith, Ph.D., a professor and chair of the department of clinical and health psychology, and Adam Woods, Ph.D., an associate professor in the department and associate director of the Center for Cognitive Aging and Memory, have been added to the program as training directors.

The focus has also changed, Marsiske said. Historically, the program has trained doctoral students in methods of researching causes and interventions for functional aging. Now the program is more narrowly focused on interventions to maximize gains and minimize losses in late life cognition.

Trainees benefit from regular meetings with a multi-disciplinary mentoring team; the development and close tracking of individual developmental goals; meetings with the directors to discuss topics including as the protection of human research participants, theory/method/past findings in cognitive interventions, and professional development; and supplemental coursework and other educational opportunities, including a team science project with other trainees.

“Through the growth of the McKnight Brain Institute, 1Florida Alzheimer’s Disease Center, Cognitive Aging and Memory Center and Institute on Aging, our institution has become a world leader in interventions for maintaining and improving late life cognition,” Marsiske said. “This iteration of our training program leverages these strengths with a tightened focus on training future scholars in cognitive aging and intervention research.”